Greece is known for its ancient ruins, islands, and museums. But it’s also a premier destination for hiking, medieval monasteries, and the arts. Whatever kind of adventure you want to have here, this Greece vacation planning guide has everything you need for an epic trip!

Greece is also one of the Best Destinations For Solo Female Travelers!

I would highly recommend doing some of these Best Day Trips From Athens, visiting some of the lesser-known islands, and spending a few days in the Northern or Western part of the country.

Ready to plan your trip? Then here’s the ultimate Greece vacation planning guide!

Top Places to Visit in Greece

The currency in Greece is the Euro. Exchange rates are subject to fluctuations, so be sure to check this as your trip approaches. On average, €1 is equal to about £.87 British Pounds, $1.10 U.S. and 7.8 Chinese Yuan.

During the summer months, the islands of Santorini and Mykonos will have higher accommodation costs than the average for the rest of the country. So be prepared to spend more on the popular islands from the end of April through August.

If you only had meals from markets, you could eat for about €15 a day (£13, $16.50, 117). But while this will keep you fed, you’ll miss out on the fantastic food culture of Greece. So I’d recommend allowing yourself at least a couple of sit-down meals to experience authentic Greek cuisine.

There are only two main national train lines – from Athens to Alexandroupoli via Thessaloniki and from Athens to Patra. Train tickets average about €40 (£35, $44, 310 Yuan) one-way for seats in second-class.

Buses are the most convenient public transportation option for seeing the country. Greece’s bus network runs through every town, city, and most of the smaller villages, and tickets average about €4 (£3.50, $4.40, 31 Yuan) per 100 kilometers.

Greece has an extensive ferry network that runs to and from the mainland and islands. Ferry services are frequent from March until October, but the rest of the year ferry services are limited. Ferry tickets start around €30 (£26, $33, 233 Yuan) depending on the island you’re visiting and the seat-class you want.

UberTaxi is available in Athens, which means you can use the Uber app to order a regular taxi. Lyft doesn’t operate in Greece.

These budget estimates include eating and drinking out at least once a day and a couple of train, bus, or ferry rides.

1
Get Tickets Early Purchase your train, bus, and ferry tickets ahead of time. Booking transportation early can save you as much as 20% off ticket prices.
2
Don't Rent a Car Consider renting a Moped Instead of a car. Mopeds are more widely available and cheaper than rental cars, especially on the islands.
3
Eat Off The Beaten Path Don't eat at restaurants near famous landmarks. You'll pay a premium to eat near places like the Acropolis.
4
Don't Stay in the Tourist Towns On Santorini, stay anywhere other than in Oia. On Mykonos, stay anywhere other than in Mykonos Town. These are the most expensive towns on each island.

Here’s How To Travel The Greek Islands On A Budget!

How to Prepare for Greece

Passport Health has additional information on current vaccinations and diseases in Greece, and I recommend visiting their website for the most up-to-date travel requirements.

If you’re a citizen of another country, you’ll need to check your country’s requirements for visiting Greece. The World Travel Guide has more information on Greece’s visa and passport requirements.

In restaurants, the service will feel slow because dining is a drawn-out experience. So it’s considered rude to rush waitstaff.

In churches, avoid using a flash and photographing the main altar. Don’t use a tripod at archaeological sites because you’ll to be stopped and designated as a professional photographer, which requires special permissions.

Greece’s High Season is from June to August. During these months, everything is open – sights, tours, transportation, etc. But accommodation prices can be double what they are the rest of the year, and tourists and temperatures will be at their highest.

The Shoulder Season from April to May and September to October is considered the best time to visit Greece. Accommodation prices are about 20% lower, and the temperature and tourist numbers are lower. But internal flights and ferries have reduced schedules, and April and October will be quite cold at the beaches.

Some islands close their beaches from October to April, so check on this before finalizing your plans.

The Low Season is from November to March, when accommodation rates can drop by as much as 50%. But many hotels, sights, and restaurants shut down, especially on the islands, ferry schedules are limited, and it will be cold. The mainland usually has snow during these months.

If you want to be lying out on an island beach, you need to go from May-September.

Greece is one of the Best Destinations To Visit In May!

Greece’s summers are hot and dry, and its winters are cold and wet. Even the southernmost islands get cold in the Winter. So, in the Winter, you’ll want warm clothes, even along the Mediterranean.

A raincoat is always a good idea, no matter where or when you’re in Greece. Most of Greece’s streets (in big cities, islands, villages – everywhere!) are cobblestone, so bring practical and comfortable shoes.

In the Fall and Spring, you’ll want a layer for the mornings and evenings. If you’re visiting during the summer, bring light and breathable clothes and your swimsuit. Here’s a detailed list of Greece’s average weather by month and region.

Electrical outlets in Greece are Types C and F. So if you’re from the EU, you won’t need an outlet adaptor. But British, U.S., and other travelers will need an adaptor.

Greeks are very conscientious about their appearance, but the dress here is generally more casual than in Western Europe.

If you’re visiting a religious site, you’ll want to wear pants or a dress or skirt that isn’t too short or tight-fitting. You’ll also want to have a layer to cover your shoulders to be respectful. Some sites, like the Meteora Monasteries, won’t let you enter if you’re not dressed conservatively.

You’ll see locals wearing all kinds of clothing throughout the year, so feel free to wear whatever you want. But comfortable, practical, and interchangeable are always smart choices when packing for an international trip.

Bring your most comfortable shoes! You’ll be walking A LOT, and you’ll continuously be on cobblestone sidewalks or streets.

Have you been to Greece? Comment below with anything you’d add to this Greece vacation planning guide! 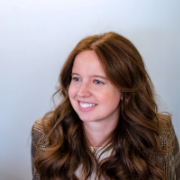